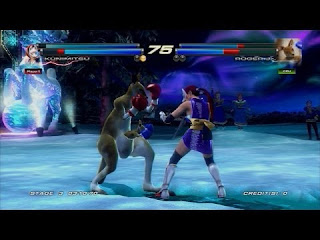 Namco Bandai has been promoting Tekken Tag Tournament 2 (TTT2) since it was first announced. From new modes to Snoop Dogg, the company that brought you the Tekken series is all over the place. Their current stop is in San Diego for Comic-Con 2012.

Gamespot already nabbed SuperBot for a PlayStation All-Stars Battle Royale stage demo, now it's TTT2's turn. Namco Bandai community manager FilthieRich fills fans in on what to expect from TTT2 when it hits stores in September.

Watch the TTT2 Comic-Con 2012 stage demo, after the jump.