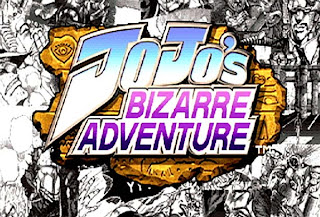 The rumors are correct.

After an achievement list was leaked, many fans wondered if JoJo's Bizarre adventure would see an Xbox Live and PSN release. At Comic-Con 2012, Capcom confirmed the classic fighter will be remade in HD. The game will cost $19.99 or 1600 Microsoft Points.

The Xbox Live version of JoJo's Bizarre Adventure HD will be getting first dibs. The game hits the Xbox Live Marketplace August 21 and PSN August 22.

While Capcom is remaking the classic 2D fighter, Namco Bandai is putting their own spin on the game. Visually that title, JoJo's Bizarre Adventure: All Star Battle, has a similar style to Street Fighter IV.
Posted by Fernando Quiles Jr.