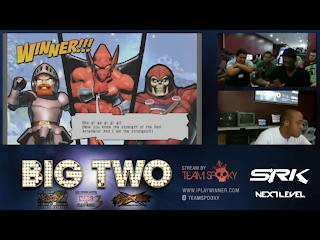 After Evo 2012, it was time for east coast players to start over and get ready for the next year of trials and tribulations. After failing to make the top eight at Evo 2012, Noel Brown looked to make a statement at the Big Two in Ultimate Marvel vs. Capcom 3 (UMvC3) action.