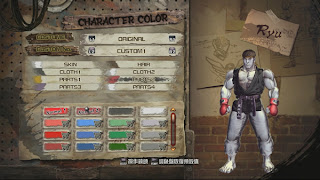 While that may be a reasonable observation for the top Street Fighter x Tekken (SFxT) characters, you can only pick the unofficial Capcom mascot once. Even the pros have to split from Ryu sometimes.

Cross Counter TV co-host, Mike Ross, asked well known SFxT players who their pick was for the four best characters in the game. Flash Metroid, ReNiC, and Jebailey threw in their two cents.

See what they had to say below: