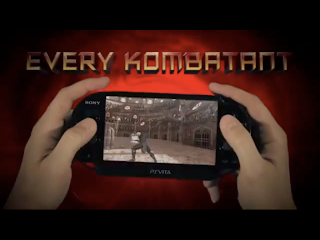 The release date to Mortal Kombat on PS Vita has been confirmed.

Warner Bros. Interactive Entertainment and NetherRealm studios have announced that Mortal Kombat will make its way to Sony's PS Vita handheld on May 1. The announcement was brought to light through the game's official Facebook page.

The PS Vita version of Mortal Kombat will feature every character from the console versions as well as exclusives. These include: touchscreen fatalities, Challenge Tower, 150 new missions, and more.
Posted by Fernando Quiles Jr.