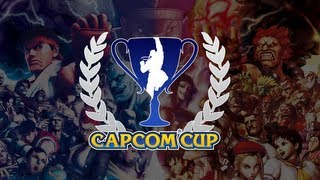 Capcom has revealed the poll results for the Ultimate Marvel vs. Capcom 3 Capcom Cup finalists. Find out who will be competing for first place and a chance to nab $1,000 against the Evo 2013 champion.

Capcom-Unity has unveiled the poll results, which determined who will be going to the Capcom Cup in the Ultimate Marvel vs. Capcom 3 tournament on Dec. 14. The emphasis on the poll was to vote on the most "hype" players.

Here are the players who were picked.

One huge name that is not on the list is the 2013 Evo champion, EMP Flocker. Well fear not Zero fans because the champion will be at the Capcom Cup. Capcom revealed Flocker will compete against the winner of the Capcom Cup in a first to five exhibition. The winner will receive $1,000.
Posted by Fernando Quiles Jr.