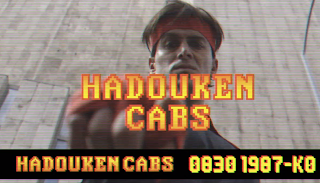 A teaser from Sony hints that a new Street Fighter title is coming to the PlayStation 4. Watch the ad inside.

Sony (via VG247) has released a teaser for "Hadouken Cabs." In the teaser, Hadouken Cabs is promoted as it, "knocks out the competition out." The teaser wraps up by showing a PS4 controller and a Sony logo, followed by #4ThePlayers.

If you click on this website, you will find more promotion for Hadouken Cabs. You can currently talk to an operator and share the page on Facebook. If you click on "Talk To An Operator" you will be asked to hold. Shortly thereafter, the man asking you to hold engages in a battle with Zangief. It's revealed that the man asking you to hold is really Ryu.

Here is the teaser.