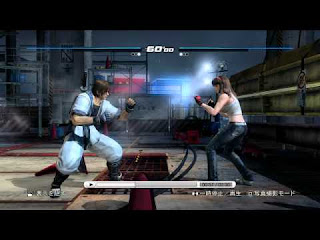 The clock is ticking.

DoA 5 has its own fightstick made by Hori on the horizon as well as a Collector's Edition. Fears of oversaturation in the fighting game market haven't deterred Tecmo Koei as they predict DoA 5 will sell one million copies.

The hype hasn't stopped as the game's developer Team Ninja recently held a DoA 5 tournament. The finals see characters Hitomi and Hayate do battle. See how it unfolds, after the jump.