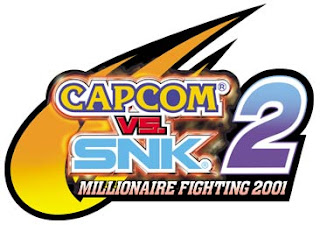 A start is a start.

For years fans have been asking for a re-release of Capcom vs. SNK 2 (CvS2). Even if Capcom wanted to do such a thing, licensing issues have held them back. That no longer appears to be the case in Japan.

PSN Stores reveals CvS2 is now available on the Japanese PSN Store for 1,200 Yen ($15). The digital re-release is being dubbed a PS2 classic.

It's a positive step forward for the crossover that took the fighting game world by storm.

Once bitter rivals, Capcom and SNK agreed to make crossover titles in the late 90s. In 1999, SNK vs. Capcom: The Match of the Millennium was released for the Neo Geo Pocket Color. Due to its exclusive release on the SNK handheld, the game never caught much attention.

When it was Capcom's turn to take over, they released Capcom vs. SNK: Millennium Fight 2000. The game made its way to Arcades, the Dreamcast and PlayStation. The game's sequel CvS2 scored big with fans and critics and is still played at local tournaments.

There's no word on whether or not CvS2 will ever see a re-release in North America so you may want to get a Japanese PSN card.

Fernando's POV: Something tells me this will stay exclusive in Japan for quite some time. Still, it is cool to see Capcom hasn't forgot about CvS2.
Posted by Fernando Quiles Jr.