Ed Boon: Mortal Kombat can deliver a "radical experience" on next generation consoles 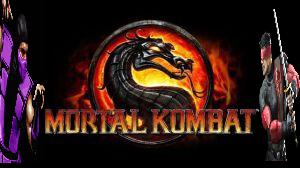 "Finish him" on a new console.

In terms of sales and critical acclaim, Mortal Kombat 9 (MK9) was a huge success. The game returned to its roots by reintroducing the original cast like Street Fighter IV did and the results show. While it may not be a hit with the fighting game community (FGC), numbers don't lie.

With his no nonsense attitude, it should come as no surprise that Ed Boon wants the next entry in the MK series to feel larger than life. He tells CVG, it may need to be done on an Xbox 720, PS4, and Wii U.


Fernando's POV: While the Xbox 360 and PS3 are aging, people aren't showing signs that they want to spend a lot of money on next generation consoles. I'm sure where the next Mortal Kombat game ends up will depend on the success of these new consoles, starting with the Wii U.
Posted by Fernando Quiles Jr.