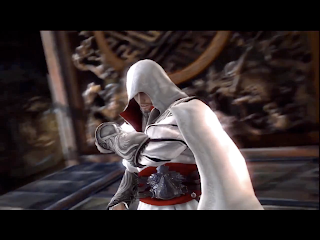 The numbers are in.

Namco Bandai has released a financial report revealing the sales of SoulCalibur V (SCV). The game has sold 1.38 million copies. The numbers so far fall short of SCIV sales, which sold 2.3 million copies.

With so many fighting games on the market, it should come as no surprise that SCV didn't sell as much as SCIV. Are declining numbers a sign of things to come for $60 fighters?

Fernando's POV: It's difficult to hit expected sales numbers for fighting games when the market is oversaturated. It wouldn't surprise me if TTT2 didn't sell two million units despite the amount of hype Namco Bandai has put together.
Posted by Fernando Quiles Jr.