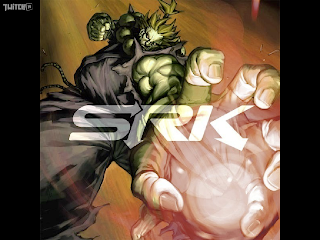 Rather than stream Super Street Fighter IV: Arcade Edition v.2012 (AE v.2012), SRK is breaking the norm and going with the Xbox 360 version of Ultimate Marvel vs. Capcom 3 (UMvC3). The lobby is open so if there's room, make sure to snag a spot and show some style.

Watch the UMvC3 live stream, after the jump.

UPDATE: The SRK stream appears stuck on the "starting match" message. Below you will see the Gun Metal UMvC3 stream for the time being. Be warned, there is a salty scrub cursing and blaming his losses due to lag as of 11:20 a.m. ET.