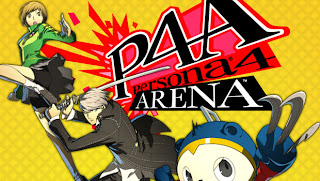 Welcome to the short end of the stick, population ... Europe.

Persona 4 Arena (P4A) has been enjoying critical success. Fans and critics alike seem to be unanimous in their enjoyment of Atlus' and Arc System Works' latest creation. While success is nice, not all is well.

The European release date for P4A was pushed back and there has been no word on when it'll drop. P4A's official Facebook page made a statement recently.

With so much speculation going around with regards to the release date and status of the EU version, we thought it best to address this on here.

There are currently a number of issues surrounding development and subsequent release of Persona 4 Arena in Europe. As we are not directly involved in the development process for P4A, these are elements which are beyond our control.


We are however, doing everything we can to help resolve this, so that we can get the game into stores and, crucially, into your hands as quickly as possible.

We do understand your frustration and a need for a concrete release date, however, until we can ascertain exactly what that release period will be we are hesitant to do so. We would rather have all the facts about release to hand, and all issues be resolved, before making such an announcement.

Please be assured that as soon as WE know what the release date will be, YOU will be the first to know.

Any dates you see online are purely speculation. The first announcement of a release date will happen on the Persona Europe FB page and the Persona.4 FB page. We will then notify our contacts in the main Fighting Game Communities around Europe. If you have not seen a confirmed release date on this page, then it is best taken as a rumour.

Please also be aware, any events that are taking place around Europe will not disrupt the process of releasing them game. Given that these issues have arisen, the team here are making a concerted effort to support the community by having payable builds at your events while you await release. I know many of you are eager to play P4A, and we will facilitate that as best we can in the interim.

Josh and Paul are in London today for Astral Heat in Gamerbase and will be more than happy to answer your questions as best they can.

Likewise, I (Geraint - some of you here know me I’m sure!) will be at i46 in Telford on Friday and Saturday, and will be happy to talk, as always - and hopefully enjoy a few games together.

As ever, your patience and understanding is appreciated."


Fernando's POV: Well that was a lot to take in. I hope the release date will be revealed as soon as possible. Persona fans in the states would certainly take issue with this if it happened here and I imagine European fans are doing just that. If the game weren't region locked, this wouldn't be as big of an issue.
Posted by Fernando Quiles Jr.