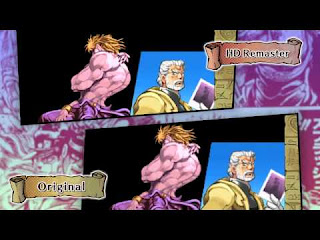 What's so special about the HD remake of Jojo's Bizarre Adventure? Capcom wants to show you.

The company has uploaded a new trailer comparing the original and remastered sprites. They've also launched a website for Jojo's Bizarre Adventure. The site confirms the Japanese release dates and prices will be the same as the North American release.

It'll be available on PSN August 21 and Xbox Live the 22nd. The remake will cost you $20 on the PSN Store and 1,600 Microsoft Points on the Xbox Live Marketplace.

Watch the trailer below.