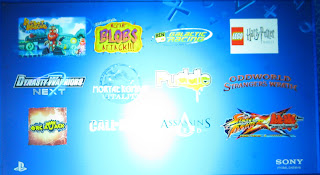 A Sony press release has revealed the PS Vita launch line-up as well as other upcoming games. In that list was Mortal Kombat Vitality.

Could this be the "unexpected surprise" Mortal Kombat co-creator, Ed Boon was referring to?

While nothing has been confirmed by NetherRealm Studios, the picture above shows the Mortal Kombat Vitality logo.

The game will join Street Fighter x Tekken, Ultimate Marvel vs. Capcom 3, Reality Fighters and Supremacy MMA as upcoming titles in the fighting game genre for the PS Vita.

This wouldn't be the first time Mortal Kombat graced a Sony handheld.

Mortal Kombat: Unchained was released on Nov. 15, 2006 for the PSP. The game was based on Deception, which was released two years prior for the Xbox, PS2 and GameCube.

FightVG.com will keep you posted as more details are revealed.